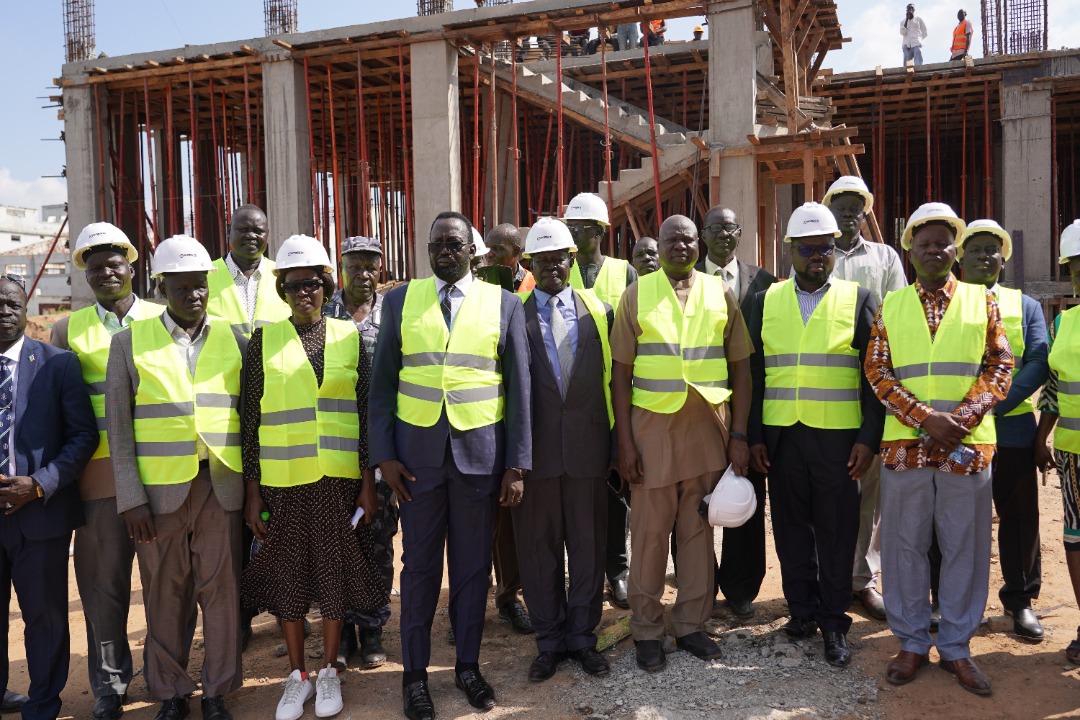 Today Friday November 18th 2022, the undersecretary Mayen Wol Jong pay a site visit at the Ministry twin towers at the Yei Road. In his remarks to the journalist at the Ministry twins’ towers, the undersecretary thanks all the officials who have accompanied him to the site, he informed the journalist that the decision was made today based on the minister of Petroleum directives to come, monitor, and see the progress being made at the construction of the twin’s towers and also see and inspect the Data Center. Yei Road premise consists of three buildings, twin towers and the data center. The contractor informs the Undersecretary that by next year September the twins towers would be ready and handed over to the Ministry and the data center is completed and a waiting for the furniture and would soon be ready to be use.

The Undersecretary in form the journalist that, they have talked to ARC Managing Director Benjamin Bol to construct the road to the new Ministry premises. He also expresses his happiness for the progress made by the contractor because it has been the instruction of the President to the leaders in the ministry of Petroleum to provide a conducive working environment for the staff in the ministry and when this building is finish everyone will have office space to sit because the office space had been a challenge to the current situation at the ministry headquarter. The completion of the twins towers will ensure that the staff will do their work diligently to  extract the oil and that will delight the south Sudanese people. The Undersecretary also thanks the contractor for the effort made and also thanks the polices men at the site who ensure the security of the contractor and the materials.